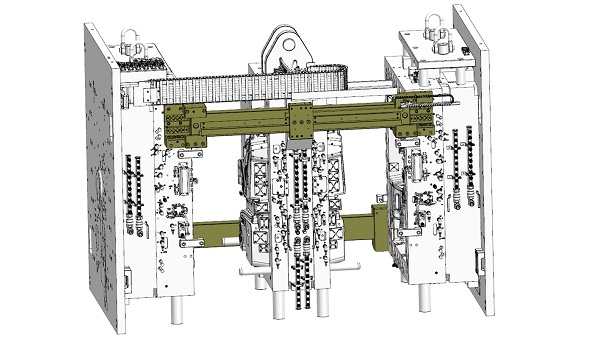 Tromosa devotes a significant part of its human, technical and economic resources to ‘R & D + i’. From the start of the Department of Research and Development, more than 20 years ago, the company knew that one of the pillars for growth would be precisely the R & D + i. Since then, there have been ongoing research and development projects as well as various patents and utility models that have made us a leading company in the sector.
We usually cooperate with universities, technology and research centers, as well as with other companies.
PATENTS
Box-container system for fish (ES 1 059 541)
Basket container for products and goods, particularly seafood (ES 1 030 289)
Plastics injection mould inclined runner guide shoe includes a rotating head and a reinforcing column also free to rotate (ES 2 238 881)
Sandwich injection mould - (Stack Molds) (EP 2 407 296)
Detection system for detecting the position of mobile pieces in injection moulds and corresponding detection method (EP 2 865 508)
And other patents and utility models currently under registration
Main R&D&i projects made in the last years
2015-2017 - PRESS-PREG: Development of an automated system for press forming of frames in unidirectional prepreg (Aeronautical)
2015-2017 - ESFERA: Design and development of a new more functional and light hybrid superstructure for future vehicles
2015-2016 - FRUBOX: Development of a system of lightweight plastic packaging for agricultural exports of refrigerated fruit, including the development of a prototype mold for high-performance production
2013-2015 - AEROGAL: Development of an integrated industrial platform for the design, calculation and production series of aircraft components
2009-2011 - Management production system based on artificial intelligence techniques
2007-2008 - Estimate production times by artificial intelligence techniques in complex production environments - Publication
2006-2008 - Adjustment of CNC machining technology in 3 +2 and 5-axis high-speed for manufacturing of injection moulds
2006-2008 - Centralized Management Information System for Injection Mould Manufacturing
2003-2006 - Development and implementation of a system of knowledge-based engineering (KBE) for the development of mechanisms, and design and mechanization automation of injection moulds